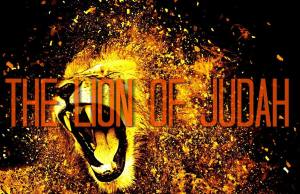 David has left town with his family. He’s left behind ten concubines acting as spies – and he’s also sent some allies into the city in order to keep tabs on Absalom’s rebellion. (Please see A Royal Dysfunction Parts 1, 2, 3)

The following incident with Mephibosheth’s servant is just an icy reminder for me not to listen to the garbage that floats its way to the top of the heap during times of great personal crises.

When David had passed a little beyond the summit, Ziba the servant of Mephibosheth met him, with a couple of donkeys saddled, bearing two hundred loaves of bread, a hundred bunches of raisins, a hundred of summer fruits, and a skin of wine. 2 And the king said to Ziba, “Why have you brought these?” Ziba answered, “The donkeys are for the king’s household to ride on, the bread and summer fruit for the young men to eat, and the wine for those who faint in the wilderness to drink.” 3 And the king said, “And where is your master’s son?” Ziba said to the king, “Behold, he remains in Jerusalem, for he said, ‘Today the house of Israel will give me back the kingdom of my father. 4 Then the king said to Ziba, “Behold, all that belonged to Mephibosheth is now yours.” And Ziba said, “I pay homage; let me ever find favor in your sight, my lord the king.’” 2nd Samuel 16:1-4 esv

Scholars are divided in their opinions of whether or not Ziba is telling the truth here. I am in the camp that believes Ziba to be a traitor to his master, Mephibosheth.  And I think he’s still bitter over his abrupt change in job description. (Please see 2nd Samuel 9) I think Ziba was confident that Absalom’s rebellion would fail, but he sought to take advantage of the rebellion itself. He abandoned his crippled master and left town with all sorts of flattering gifts for David in order to get on his good side. Saying that Mephibosheth had his eye on the throne was a stretch of the situation at hand, and David should have known that.

But for some reason, David believes Ziba.

Here’s the thing – when we are involved in great personal crises, we can easily become entangled in outside deceptions by people who seek to take advantage of the situation. I’ve been there, and I’m certain if you thought about it you’d have to admit that you’ve been there as well. The decisions we make during these times are dangerous, and their repercussions long lasting. David made a snap decision here without even talking to Mephibosheth.

5 When King David came to Bahurim, there came out a man of the family of the house of Saul, whose name was Shimei, the son of Gera, and as he came he cursed continually. 6 And he threw stones at David and at all the servants of King David, and all the people and all the mighty men were on his right hand and on his left. 7 And Shimei said as he cursed, “Get out, get out, you man of blood, you worthless man! 8 The Lord has avenged on you all the blood of the house of Saul, in whose place you have reigned, and the Lord has given the kingdom into the hand of your son Absalom. See, your evil is on you, for you are a man of blood.”

9 Then Abishai the son of Zeruiah said to the king, “Why should this dead dog curse my lord the king? Let me go over and take off his head.” 10 But the king said, “What have I to do with you, you sons of Zeruiah? If he is cursing because the Lord has said to him, ‘Curse David,’ who then shall say, ‘Why have you done so?’” 11 And David said to Abishai and to all his servants, “Behold, my own son seeks my life; how much more now may this Benjaminite! Leave him alone, and let him curse, for the Lord has told him to. 12 It may be that the Lord will look on the wrong done to me, and that the Lord will repay me with good for his cursing today.”13 So David and his men went on the road, while Shimei went along on the hillside opposite him and cursed as he went and threw stones at him and flung dust. 14 And the king, and all the people who were with him, arrived weary at the Jordan. And there he refreshed himself. 2nd Chronicles 16:5-14 esv

The curse by Shimei is another one of those pieces of garbage, except that instead of flattery it’s ordinary cruelty, and Shimei uses an element of truth within his accusations. Folks who condemn us of our past failures in the midst of a crisis can steer us into repentance – and they don’t even have to know what they’ve done!

Abishai, like Peter, wanted to intervene with his sword but David doesn’t let him because he’s thinking: well, maybe it’s true. Maybe I am a loser and if I take some abuse from this guy the Lord will repay me with good.

As I’m writing this lesson I’m fresh off a confrontation with a fool (Shimei is representative of a fool here) and I’m reminded of Solomon’s warning proverb: Let a man meet a she-bear robbed of her cubs rather than a fool in his folly. Proverbs 17:12 esv  In other words, you’re better off  to deal with a wild animal than a fool bent on being a fool.

Answer a fool according to his folly, lest he be wise in his own eyes. Proverbs 26:4 esv David kept quiet when he dealt with Shimei – and in this portion of the lesson, I’m convicted that I must hold my tongue…though I’d like to fillet that fool who brought unrighteous curses against me!

On the other hand, this morning in my office God reminded me that some of the fool’s accusations were very true about my past. I had indeed done those things, but there was no way the fool could have known about it. It felt so good to ask forgiveness from a holy Savior and be cleansed of that unrighteousness left over from my past.

If we confess our sins, He is faithful and just to forgive us our sins and to cleanse us from all unrighteousness. 1st John 1:9 esv

David kept his tongue and allowed the fool to utter his unrighteous curses. I’m going to keep a bridle on my well-tuned tongue and say nothing because I was blessed with a self-revelation because of the fool’s curse.

The scene abruptly shifts back to Jerusalem where David’s friend, Hushai, puts himself in place in order to deceive Absalom and foil Ahithophel’s counsel.

Ahithophel was a trusted advisor in the royal court, and had been for many years. He decided to stay with Absalom instead of leaving Jerusalem with David—and a quick glance at his genealogy explains why. Ahithophel was Bathsheba’s grandfather, and he wanted David to pay for the crimes he’d committed against their family.

Unfortunately, for David’s concubines, Absalom turns to Ahithophel for counsel when it comes to his first act of State. Ahithophel is drooling for revenge and he pounces on the opportunity to humiliate David and his concubines.

21 Ahithophel said to Absalom, “Go in to your father’s concubines, whom he has left to keep the house, and all Israel will hear that you have made yourself a stench to your father, and the hands of all who are with you will be strengthened.” 22 So they pitched a tent for Absalom on the roof. And Absalom went in to his father’s concubines in the sight of all Israel. 2nd Samuel 16:21-22 esv

Absalom is so deep in the sin of his rebellion that he commits the very crime that brought him to murder his brother…times ten! Absalom’s boundless hypocrisy is revealed in his actions. Not only does he want to show Jerusalem that he has now assumed the throne, but he wants to publicly solidify an irreversible break with his father. Apparently his reasons to take the throne have morphed from Oh that I were judge in the land! to I’m going to humiliate him and anyone that he cares about.

Besides being fulfillment of Nathan’s prophecy (2nd Samuel 12:11-12), this is a horrific crime. I don’t think David ever imagined that Absalom would do such a heinous thing, which could be why he was comfortable leaving them to keep the house. These concubines were trusted women whom Absalom had lived around for his entire life – one of whom was the mother of his half-brother, Jerimoth.

Both David and Absalom think Ahithophel walks on water, and can steer them in no way wrong. So, on the heels of that event, Ahithophel said to Absalom, “Let me choose twelve thousand men, and I will arise and pursue David tonight. 2 I will come upon him while he is weary and discouraged and throw him into a panic, and all the people who are with him will flee. I will strike down only the king, 3 and I will bring all the people back to you as a bride comes home to her husband. You seek the life of only one man, and all the people will be at peace.” 4 And the advice seemed right in the eyes of Absalom and all the elders of Israel. 2nd Samuel 17:1-4 esv

And, immediately on hearing Ahithophel’s counsel, Absalom turns around and says, What do you think, Hushai?

It’s the opportunity that Hushai’s being waiting for…

Please come back next week for And the Sword Shall Never Depart Part 2 in our series, The Lion of Judah.

I was born and raised in South Dakota, and I love her people and rich history. For many years I’ve also had a deep love for Italy and her colorful chronology. I was fortunate enough to visit Italy on my 25th wedding anniversary, and I added some of the details of my travels to my fictional series The Caselli Family Series. My favorite sport is baseball – Detroit Tigers – and I can’t wait until the next time I get to see them play in Comerica Park. I live for the next family barbeque. We have three grown children and one grandson. We’ve rescued two cats and one Pomeranian. I teach AWANA Sparks and speak at women’s events. My husband and I currently reside in Northwestern Iowa.
View all posts by Ta`Mara Hanscom →
This entry was posted in Absalom, Bible Study, Christian, Christian Bloggers, Christianity, King David, Old Testament, The Lion of Judah, The sons of Zuriah. Bookmark the permalink.