The Lion of Judah – A Royal Dysfunction Part 2

*Please note: reading 2nd Samuel 13-14 will give depth to the narrative below. 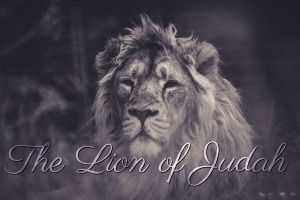 David had a son named Amnon, and our Scriptures make Amnon appear to be very troubled and disturbed. For instance, along with his favored cousin, Jonadab, Amnon planned, and succeeded, in the raping of his own sister. And David did not discipline them. If anything, he was a willing accomplice.

As I said before, Amnon was nuts and dangerous, and the entire family had to have known. Think about it. When we get together with our families don’t we have certain relatives from whom we guard our children? Don’t we just know? Yet, David sent his daughter, the virgin princess, into a doomed situation.

That whole thing, on top of what happened with Bathsheba, makes David look like a very ineffective leader.

As a result, David son, Absalom, shows outwardly to the entire kingdom that he doesn’t trust the king to protect the princess anymore. He takes Tamar to live in his own home.

David’s unwillingness to judge and discipline Amnon makes Absalom doubt the king’s ability to discern wrong from right – and probably plants that doubt into the hearts of Jerusalem as well.

Some scholars believe that Amnon should have been put to death, since Tamar was a princess being kept pure for marriage (like a betrothal) and that’s why Absalom decides to take matters into his own hands. Besides – here’s another plus side of killing Amnon – if Amnon is out of the picture that puts Absalom next in line to the throne. And let’s face it, he thinks he belongs there.

Absalom bides his time, and when the coast looks clear for Amnon, Absalom’s plan goes into action. His servants murder Amnon at the appointed time. David has now lost two sons in lieu of Nathan’s prediction.(Please see 2nd Samuel 13)

And the guy who helped Amnon plan the rape, Jonadab, appears for the second time in our Scriptures, to announce to David that the murder of Amnon has been in the works since the day he raped Tamar. Here’s what really strikes me: Jonadab is Divinely remembered (via our Scriptures) for all eternity for only two things: helping a rapist, and revealing to the king that the murder of the rapist (the king’s son) had been planned for two years by another of the king’s sons. (Please see 2nd Samuel 13)

Absalom had had two years to stew and plan the murder of Amnon. Within that plan he could see that he would need to leave Jerusalem for a time – just in case his father wasn’t as lenient with him as he had been with Amnon. Absalom flees to his mother’s father, who is the king of Geshur. He probably took Tamar with him. She may have known about the plot. For certain the king of Geshur knew because he allowed Absalom to stay there for three years.

During these three years, David puts the thing with Absalom and Amnon behind him, and his spirit longed to go out to Absalom. But the thing is that the law demanded that Absalom be put to death, so the polls in Jerusalem just don’t look favorable for him to return to David’s court quite yet.

So Joab, David’s faithful general, comes up with a scheme to get the prince (the next in line) back to Jerusalem. (Please see 2nd Samuel 14)

Sure enough, David falls for it. I couldn’t sum it up better than George Williams here, who wrote, in part:

When dependence upon God, and subjection to His Word cease to govern the life, then it is easy for the wisdom of this world to entangle the heart. Therefore it was that the wise woman of Tekoah easily entrapped David to indulge his affection as a father rather than perform his duty as a ruler. The Law of God commanded the death of Absalom. The king should have obeyed that Law. Had he done so, many lives would have been saved, and much sin and suffering escaped. Had he obeyed the Word of the Lord and put Amnon to death still greater evil would have been thereby prevented. All this teaches the lesson, which man is so slow to learn, that a Christian embitters his days by acting independently of God. Amid all the movements of this chapter [2nd Samuel 14] was God enquired of? He does not once appear.

And don’t let Joab’s actions fool you here. He did NOT have some weird stroke of compassion for the situation. This guy is a cool customer. He calculates everything he does. He’s looking for a way to get Absalom (the next king) indebted to him – Joab will always be in charge.

25 Now in all Israel there was no one so much to be praised for his handsome appearance as Absalom. From the sole of his foot to the crown of his head there was no blemish in him. 26 And when he cut the hair of his head (for at the end of every year he used to cut it; when it was heavy on him, he cut it), he weighed the hair of his head, two hundred shekels by the king’s weight. 27 There were born to Absalom three sons, and one daughter whose name was Tamar. She was a beautiful woman. 2nd Samuel 14:23-27 esv

A couple of things here pop right off the page, alerting us to what’s really going with Absalom’s move back into Jerusalem.

Number one, he’s got some extraordinary looks. He’s some kind of a beautiful specimen! No blemish in him. And what about that hair? My ESV Study Bible says that 1 shekel equals 2/5 of an ounce – and he’s cutting 200 shekels off his head once a year. Do the math here! That’s five pounds of hair! He’s awesome.

And he’s using his beautiful appearance to attract a following.

Here’s what else he’s using – Number two, Absalom wants the public to know that he’s still deeply grieving the loss of his sister’s purity. He has one daughter, and he names her Tamar. The implication here is as if Absalom is saying what happened to my father’s daughter will not happen to my daughter.

He’s started to manipulate Jerusalem with his attractiveness, and what appears to be the goodness of his heart. Can’t you hear the populace? Poor Absalom. He’s been through so much – what with having to execute his brother and all – he loves his sister so much. He’s still so devastated about what happened to her. How can someone selflessly care so much for another?

The truth here is that Absalom got everyone to look at him, and then he named his daughter Tamar – thereby keeping what Amnon had done at the forefront of everything. With Amnon’s sin kept alive and well, people may not even notice that Absalom is a murderer and an insurrectionist.

Please come back next week for A Royal Dysfunction Part 3 in our series, The Lion of Judah.

I was born and raised in South Dakota, and I love her people and rich history. For many years I’ve also had a deep love for Italy and her colorful chronology. I was fortunate enough to visit Italy on my 25th wedding anniversary, and I added some of the details of my travels to my fictional series The Caselli Family Series. My favorite sport is baseball – Detroit Tigers – and I can’t wait until the next time I get to see them play in Comerica Park. I live for the next family barbeque. We have three grown children and one grandson. We’ve rescued two cats and one Pomeranian. I teach AWANA Sparks and speak at women’s events. My husband and I currently reside in Northwestern Iowa.
View all posts by Ta`Mara Hanscom →
This entry was posted in Absalom, Bible Study, Christian, Christian Bloggers, Christianity, King David, Old Testament, Tamar, The Lion of Judah. Bookmark the permalink.