The Lion of Judah Series – Between Two Kings Part 2A 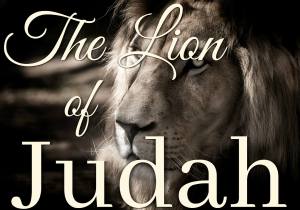 12 Achish trusted David and said to himself, “He has become so obnoxious to his people, the Israelites, that he will be my servant for life.” 1st Samuel 27:12 niv 2011

We have to be careful. When we flee unholy circumstances, such that have caused us inordinate amounts of pain, we run the risk of jumping right out of the frying pan and into the fire. Pretty soon we’re holed up with Achish and he’s fantasizing that we’ll be his servant for life. And we might get a few things done for the Lord, but remember what George Williams wrote on this account:

David could congratulate himself on the success of his plan, for he baffled Saul, he won Ziklag, he conquered Amalek, and he deceived Achish – but what would have been his experience had he sought to know and to follow God’s plan?

David had Achish so buffaloed. But deceitful flattery will bring you from bad to worse…right after Achish makes that declaration, he will be my servant for life, our Scriptures report that it goes like this:

In those days the Philistines gathered their forces to fight against Israel. Achish said to David, “You must understand that you and your men will accompany me in the army.” 1st Samuel 28:1 niv 2011

Whoa…David is the anointed and future king of Israel. If you think for a minute that God will allow him to strike down His peculiar treasure, think again – but Achish doesn’t know that. David has so flawlessly executed his deception over Achish that Achish actually believes David will strike down the Israelites.

2 David said, “Then you will see for yourself what your servant can do.”

David’s comment is ambiguous at best. Perhaps the young king-to-be is content to wait until he has the opportunity to rise up against the Philistines from within – or perhaps he’s toying with the idea that he will strike against Israel, the nation he’s been anointed to lead. It’s difficult to know for sure.

Achish’s reply, on the other hand, is as clear as a bell. David has won him heart and soul, so much so that Achish makes David his personal guardian for life.

And while David may or may not be mulling over an opportunity to strike Israel, Saul is extremely concerned about the Philistines setting up for an attack.

5 When Saul saw the Philistine army, he was afraid; terror filled his heart. 6 He inquired of the Lord, but the Lord did not answer him by dreams or Urim or prophets. 7 Saul then said to his attendants, “Find me a woman who is a medium, so I may go and inquire of her.”

“There is one in Endor,” they said.

The Scripture reports that Saul inquired of the Lord, but that would be pretty difficult for Saul to do, considering that the ephod was with the priest, Abiathar, who was with David. (An ephod is a sacred vestment worn originally by the high priest—the breastplate, with the Urim and Thummim, was attached to the ephod and the high priest used these things to inquire of the Lord.)

Saul inquired of the Lord leads me to believe that Saul had constructed himself an ephod of his own. And something else is weird about that – who was doing the inquiring with this fake ephod? Saul himself had murdered the priests back at Nob (1st Samuel 22) – Abiathar was the only one who escaped and he was with David. Was Saul playing the part of priest again? Samuel had rebuked him for that atrocity before. (See 1st Samuel 13) Also, the Scriptures say, at verse 6, that the Lord did not answer him by dreams or Urim or prophets. What prophets? Samuel was Saul’s prophet, and they parted ways when Saul built the monument to himself (See 1st Samuel 15), and no other prophet served Saul after that.

I think by this point, Saul was already really comfortable in his apostasy. He’d constructed his own ephod, he performed priestly duties, and he babbled assumed prophecies.  Saul had a form of godliness, but he was anything but a lover of God. God did not answer Saul because Saul’s communion with God was nonexistent, making it very easy for Saul to take this last step and outright counsel with evil itself.

9 But the woman said to him, “Surely you know what Saul has done. He has cut off the mediums and spiritists from the land. Why have you set a trap for my life to bring about my death?”

10 Saul swore to her by the Lord,[Hello? Is this the same Lord that Saul so egregiously disobeyed?] “As surely as the Lord lives, you will not be punished for this.” [Never mind that he’s already killed a whole town of priests for doing their God-given jobs.]

11 Then the woman asked, “Whom shall I bring up for you?”

“Bring up Samuel,” he said.

12 When the woman saw Samuel, she cried out at the top of her voice and said to Saul, “Why have you deceived me? You are Saul!”

The woman said, “I see a ghostly figure coming up out of the earth.”

“An old man wearing a robe is coming up,” she said.

Then Saul knew it was Samuel, and he bowed down and prostrated himself with his face to the ground.

Scholars are all over the place in their opinion of whether or not this was really an appearance of Samuel. After a lot of study, and many commentaries, my own opinion is that this really is Samuel. This woman, this medium or witch as she’s called in other translations, is used to dealing with the dark side. But she’s clearly alarmed when she sees the spirit of Samuel. I’d guess that he looks a lot different from the demons she’s accustomed to working with. Also, Samuel’s declaration that Saul would die the next day plays out as predicted.

Continuing in the narrative:

“I am in great distress,” Saul said. “The Philistines are fighting against me, and God has departed from me. He no longer answers me, either by prophets or by dreams. So I have called on you to tell me what to do.” 1st Samuel 28:15 niv 2011

16 Samuel said, “Why do you consult me, now that the Lord has departed from you and become your enemy? 17 The Lord has done what he predicted through me. The Lord has torn the kingdom out of your hands and given it to one of your neighbors—to David. 18 Because you did not obey the Lord or carry out his fierce wrath against the Amalekites, the Lord has done this to you today. 19 The Lord will deliver both Israel and you into the hands of the Philistines, and tomorrow you and your sons will be with me. The Lord will also give the army of Israel into the hands of the Philistines.” 1st Samuel 28:16-19 niv 2011

tomorrow you and your sons will be with me.

The question I have on that is this: What is Samuel talking about? Obviously the eternal life, but did Saul get to go to heaven?

We’ll take that discussion a little further next week. And don’t forget, David is guarding the life of the Philistine king, Achish, while troops amass for war against God’s peculiar treasure.

Join us for Part 2 B Between Two Kings.

I was born and raised in South Dakota, and I love her people and rich history. For many years I’ve also had a deep love for Italy and her colorful chronology. I was fortunate enough to visit Italy on my 25th wedding anniversary, and I added some of the details of my travels to my fictional series The Caselli Family Series. My favorite sport is baseball – Detroit Tigers – and I can’t wait until the next time I get to see them play in Comerica Park. I live for the next family barbeque. We have three grown children and one grandson. We’ve rescued two cats and one Pomeranian. I teach AWANA Sparks and speak at women’s events. My husband and I currently reside in Northwestern Iowa.
View all posts by Ta`Mara Hanscom →
This entry was posted in Achish, Between Two Kings, Bible Study, Christian, Christian Bloggers, Christianity, King David, King Saul, Old Testament, Philistines, The Lion of Judah, Warrior, Warrior. Bookmark the permalink.